You are here: Home / Origins Of The Hebrew Bible / FIVE: THE HEBREW BIBLE:  Israel as a people emerged from Canaan not Egypt

Israel as a people emerged from Canaan not Egypt 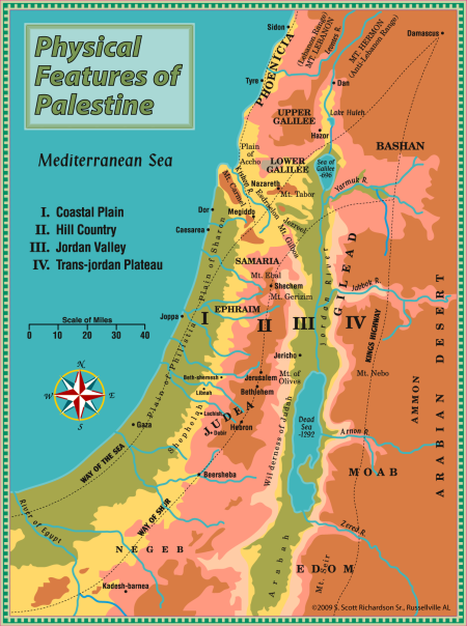 The existence of a united kingdom and its subsequent divide is central to the Bible’s theology, but as Finkelstein and Silberman point out, this is simply not an accurate representation of the historical reality[1].  The fact is that there is no compelling archaeological evidence for the historical existence of a vast united monarchy, centred in Jerusalem and encompassing the entire land of Israel.  On the contrary, the evidence reveals a complex demographic transformation in the highlands, in which a unified ethnic consciousness began only slowly to coalesce[2].

Moreover, Judah and Israel did not emerge as separate entities from the disintegration of a united monarchy.  They were always separate.  The north and the south have distinct ecosystems that differ in almost every aspect; topography, rock formations, climate, vegetation cover, and potential economic resources.  Judah (Judea) was always the most remote part of the hill country, isolated by topographical and climatic barriers.  By contrast, the northern part of the highlands consisted of a patchwork of fertile valleys nestled between adjoining hilly slopes.  It was a relatively productive region, with the inner valleys and the eastern marginal land of the desert fringe cultivated mainly for grain growing, while the hilly areas were cultivated with olive and vine orchards.  At the beginning of the Iron Age, the northern highlands were poised to become richer and more populous than the highlands of the south.

Recent archaeological surveys in the highlands have offered important new evidence of the unique character of Judah, which occupies the southern part of the highlands, roughly stretching southward from Jerusalem to the southern fringes of the Negev.  It forms a homogeneous unit of rugged terrain, difficult communications and meagre and highly unpredictable rainfall.  In contrast to the northern hill country with its broad valleys and natural overland routes to the neighbouring regions, Judah has always been marginal agriculturally and isolated by topographical barriers that encircle it on all sides except the north[3].

Which brings us to this question: who in fact were the first Israelites?  Recent archaeological research has revealed the remains of a dense network of highland villages, all apparently established within the lifespan of a few generations, indicating that a dramatic social transformation had taken place in the central hill country of Canaan around 1200 BCE.  There was no sign of a violent invasion or even the infiltration of a clearly defined ethnic group.  Instead, there seems to have been a revolution in lifestyle.  “In the formerly sparsely populated highlands from the Judean hills in the south to the hills of Samaria in the north, far from the Canaanite cities that were in the process of collapse and disintegration on the plains and valleys below, about 250 hilltop communities suddenly sprang up”[4].  Finkelstein and Silberman express the view that these were the first Israelites.   They appeared around 1200 BCE as herders and farmers, and their culture was one of subsistence.  A large proportion of them was once pastoral nomads, who settled down and became permanent farmers in the 12th century BCE and in due course began to form self-sufficient village communities[5].

The emergence of early Israel was an outcome of the collapse of the Canaanite culture, not its cause.    And most of the early Israelites did not come from outside Canaan – they emerged from within it.  So there was no mass exodus from Egypt, and no violent conquest of Canaan.  Most of the people who formed early Israel were local people – the same people whom we see in the highlands throughout the Bronze and Iron Ages, and the early Israelites were themselves Canaanites[6].  This is the direct opposite of the situation portrayed in the Bible.

The evolution of the highlands of Canaan into two distinct polities was a natural development, and there is no archaeological evidence whatsoever that the situation of north and south grew out of an earlier political unity, particularly one centred in the south, and despite the unparalleled biblical descriptions of its grandeur, there is also no hard archaeological evidence that Jerusalem was anything more than a modest highland village in the time of David, Solomon and Rehoboam.  In the ninth and tenth centuries BCE, Judah was still very thinly inhabited with a limited number of small villages, no more than 20 or so.  At the same time, the northern half of the kingdom – essentially the territories that reportedly broke away from the united monarchy – was thickly populated by dozens of sites with a well-developed settlement system that included large regional centres, villages of all sizes and tiny hamlets.  Put simply, Judah was still economically marginal and backward at this time, and Israel was booming.

The northern kingdom of Israel emerged as a fully developed state no later than the beginning of the ninth century BCE, at a time when the society and economy of Judah had changed but little from its highland origins.  In a sense, Judah was little more than Israel’s rural hinterland.  There is therefore good reason to suggest that there were always two distinct highland entities, of which the southern was always the poorer, the weaker, more rural and less influential – until it rose to sudden, spectacular prominence after the fall of the northern kingdom of Israel”[7].

Putting this into context

The wave of pastoralist settlement that took place in the Iron I 12th century period culminating in the emergence of the early Israelites was far from being a unique event.  Earlier waves of settlement had taken place in the Early Bronze (100 sites recorded) and Middle Bronze (about 120 sites recorded), but they had not survived in the longer term, and when the second wave came to an end sometime in the sixteenth century, the highlands remained a sparsely populated frontier zone for some four centuries, before the third (let’s call it Israelite) wave.

These were not events isolated to the region of Canaan.  The Late Bronze Age was in fact a period of great sociological upheaval.  It was a time of nomadic wanderings to locate places to settle and find food.  Some groups settled on the coast in the vicinity of modern-day Gaza, and yet others found a place to settle in the central hill country of Canaan.  Then, somewhere at the end of the Late Bronze Age and the beginning of Iron I (1250-1150 BCE), the Israelite tribes in the hill country of Ephraim began to extend their territory[8].  At the highpoint of the third settlement wave in the Iron II period (eighth century BCE), after the establishment of the Kingdoms of Israel and Judah, it encompassed over five hundred sites, with a population of about 160,000 people[9].

There were groups who traced their origins back to different ancestors such as Jacob, son of Isaac, purportedly buried at Goren-haáted on the Transjordanian side of the valley; and to Joseph and Benjamin, the sons of Israel and his wife Rachel in Ramat-Rachel (Ephraim), whose tombs were located in this region, thereby supporting the territorial claims of these clans and tribes[10].  More to the south stood the tombs of Machpelah, in Hebron on the hill country of Judah, said to belong to Abraham and Sarah, but probably in earlier times belonging to an ancestral group administered by the clan of Caleb.  This may have developed into a regional pilgrimage centre only under the federation of Judah and other tribal federations, where Abraham was venerated as an ecumenical’ patriarch, a ‘father of a multitude of peoples’[11].

The descendants of this patriarchal form of society brought with them many folk memories, many of which contained germs of the truth. Legends were adopted and inserted to explain a great many happenings not otherwise explicable.  For example, the high rate of infant mortality at the time has been suggested as the basis of the legend of the death of the first-born child, and the emergent Israelites also brought the story of Moses the great deliverer with them.   In due course, these stories, legends and genealogies coalesced in the highlands of central Canaan as the literary fiction of the “12 tribes”.  In reality, there were never any such 12 tribes (13 if we include the landless Levi).  Twelve is a symbolic number representing the number of completion, an ideal[12]. The genealogies we find in the Biblical text were more about creating bonds and family links.  The tribes were linked as the one people through a common ancestor.  Some of these wandering clans may indeed have come from Egypt laying the basis for an Exodus narrative in the Biblical tradition, and it is certainly possible that a Moses group may have settled in Transjordan.  Some may even have gone to live in the Central Hill Country of Israel and Judah. The cultural and religious differences between the early Israelites living in the hill countries of Canaan and kindred clans coming out of Egypt from the South or from Trans-Jordan would not have been unbridgeable, considering the long centuries of cultural exchange and symbiosis[13].

The stories and legends these disparate groups brought with them contained many anachronisms, especially in the description of geographical place names, and by the time they were written down at a much later point in time – following the exile – they had acquired a political function. Israel was depicted as emerging from outside Canaan in Egypt, its people guided by God and led by Moses to the Promised Land, and the tale of the conquest came to acquire a twofold political purpose: first, to demonstrate that the land was promised by God to Abraham and his descendants; second, that it was also theirs by right of conquest.

The corollary to this is that there never was a united monarchy.  That glorious epic was, like the stories of the patriarchs and the sagas of the Exodus and the conquest, nothing more than “a brilliant composition that wove together ancient heroic tales and legends into a coherent and persuasive prophecy” for the people of Israel in the seventh century BCE[14].

Recently another thread has interwoven itself into this complex tapestry. As we have seen, recent contemporary archaeological thinking has been to the effect that not only wasn’t northern Israel “Israelite”, it was mostly empty and the Israelite control “from Dan to Beersheba” described in the Bible as purportedly existing during the United Kingdom was a later invention.

The 2019 discovery of an inscription on one of a number of smashed storage jars stored in a building in a tel called Abel Beth Maacah, an ancient settlement at the northern tip of the Galilee, has caused archaeologists to revise their previously held suppositions about this area at this particular time.

At least two large public buildings, including the one where the jars were found, as well as a massive casemate fortress have surfaced so far and organic finds therein have been carbon-dated to the 10th-9th centuries BCE.  The inscription itself cannot be carbon dated but archaeologists are confident that these kind of jars are from the 9th century, maximum the very beginning of the 8th century BCE, subject to the caution that the discovery of the inscription and the other remains are not enough to say that this was Israelite territory as early as around 3,000 years ago, but they do suggest that archaeologists may have to revisit their theory about the Galilee panhandle being depopulated at the time.[15]  This also has repercussions as to when the Yahwistic name first intruded into the archaeological record. 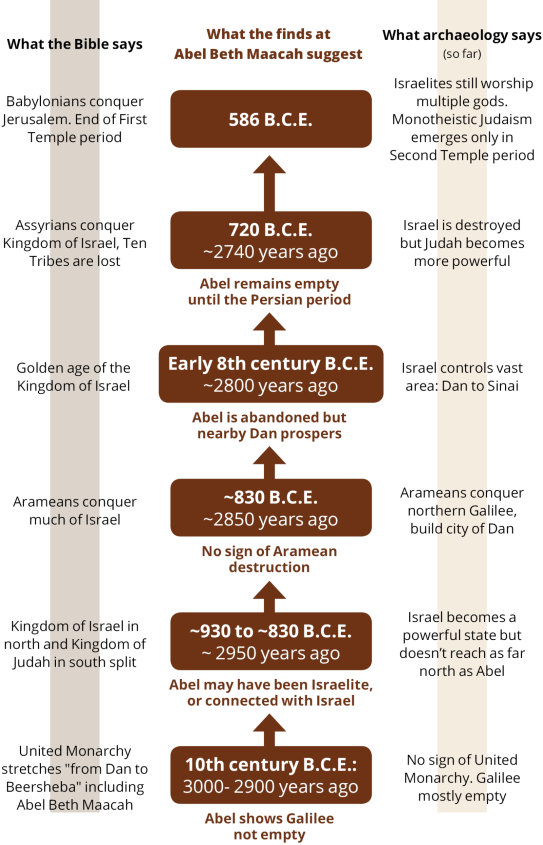 What the finds at Abel Beth Maacah suggest. Source: as per footnote 15. 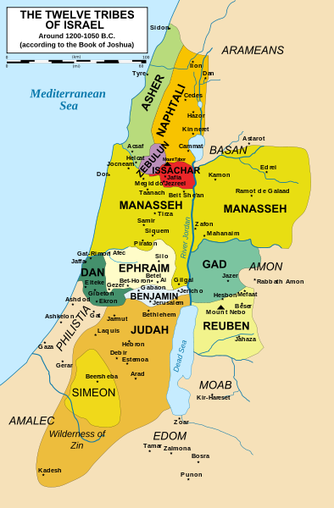