You are here: Home / AUTHORS / THE CHURCH OF TRUTH / The Bible Is Wrong About Moses / A Jew claims that the national revelation of millions of Jews (in Mount Sinai) is proof of God’s existence. How would an atheist respond to that?

A Jew claims that the national revelation of millions of Jews (in Mount Sinai) is proof of God’s existence. How would an atheist respond to that? 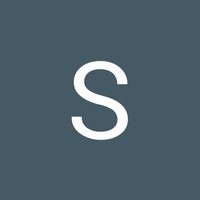 Answered September 7, 2019
Have you read the book of Kings 2? Towards the end of the book there is related the incident of the lost book that was found in the Temple during the reign of King Josiah while the priests where cleaning the Temple. The book is described as the Torah. King Josiah has the book read to him and he immediately rends his clothes and then proceeds to enact a sweeping religious reform throughout all the realm.

All idols are destroyed and the priests of foreign Gods are killed. The people are restored to the sole worship of Yaweh as mediated through the levitical priests. The account in Kings 2 then astoundingly states that the nation then celebrated a national celebration of the Passover that had not been celebrated since the time of David (3 centuries earlier). We are to understand that the people who had the Sanai revelation as an entire nation then en masse “forgot” all about the exodus and Sanai and now only remembered with the sudden discovery of this “lost book” of the Torah after half a milenium.

Most scholars now beleive that the book that was mentioned was the book of Duteronomy which preaches a strict adherence to the sole worship of Yaweh. This occurred at a time when certain political elements within Judah sought to take advantage of the young King Josiah who came to power at the age of nine after the assassination of his father. The plan was to fabricate a book written by the legendary Moses who brought revelation to the entire nation. These elements were likely the Levitical priest who claimed decendancy from Moses as opposed the Aoronid priests who claimed decendancy from Aaron the brother of Moses. By introducing this book authored by Moses which appears to favor the levitical priestly sect they lend credence to their claim to the sole priesthood and thus the medium by which to attain access to the one true God of Judah Yaweh.

The implication is that the Hebrew nation was redeemed from Egypt by Yaweh and the entire nation stood before Sanai and witnessed God’s full glory. But after king David we “forgot” all of this and went astray worshiping other gods as mediated by other priestly sects.

But NOW we have the holy book to remind us and we can return to the correct worship with the levitical preists as the only legitimate minister’s of the lord Yaweh.

But how likely is this narrative of national amnesia? Isn’t it far more likely that this story of national revelation followed by forgetting and recollection after 3 centuries is a fabrication designed for political purposes to bring to power an opportunistic religious sect during a time of instability and the rise of a young king that can be molded to support their political aspirations.

We see this scenario playing over and over throughout history and political realities during biblical times were no different. We have little reason to lend any credence to the myth of national revelation as given in the Torah as we do for other myths that were prevalent during ancient times.