You are here: Home / THE MYTH OF MOSES AND SINAI / Is Judaism Influenced by the Use of Ayahuasca? 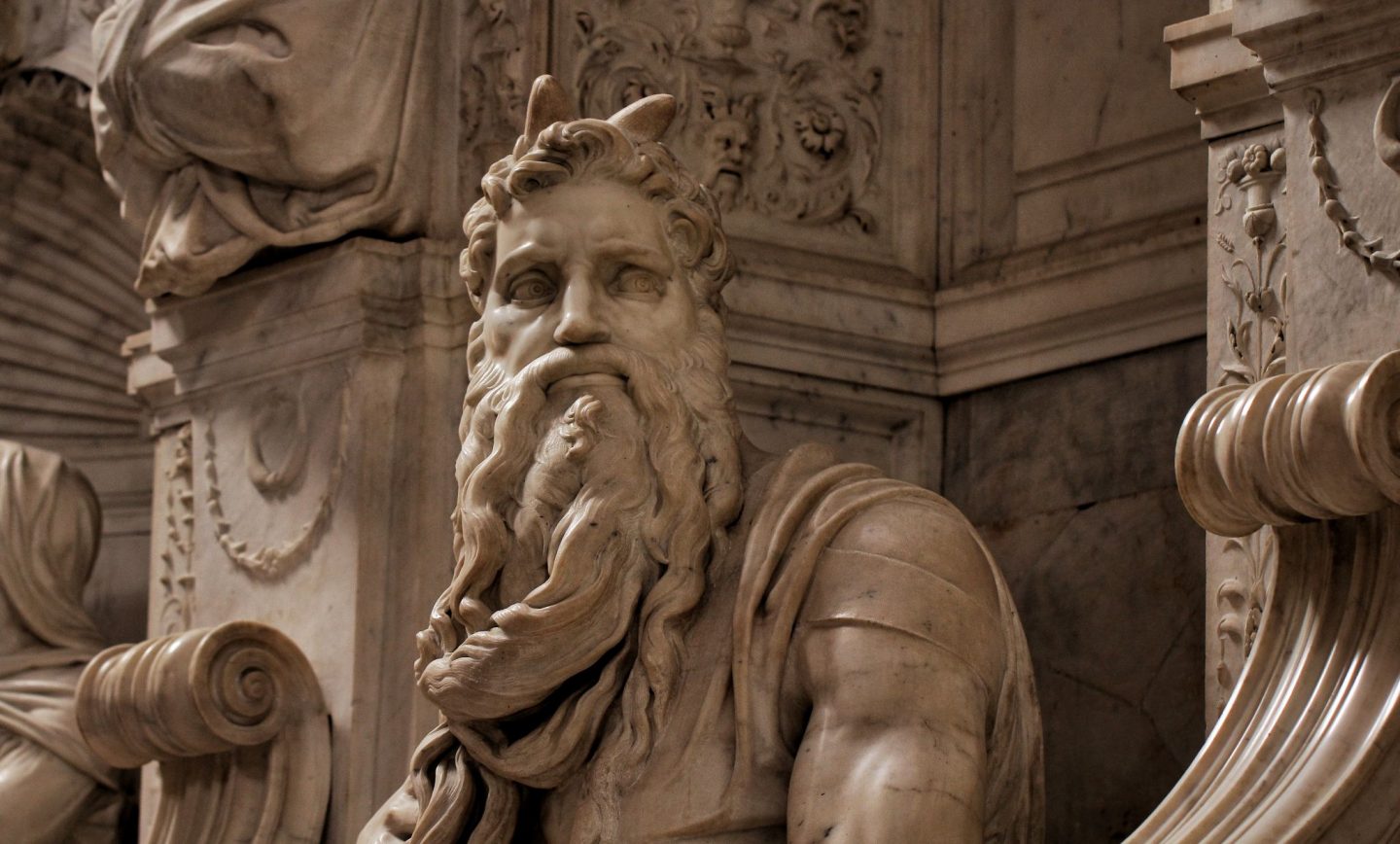 Benny Shanon is currently professor of psychology at the Hebrew University of Jerusalem, having received his PhD in experimental psychology from Stanford University. In 2002 he wrote Antipodes of the Mind, in which he details the effects of ayahuasca, as well as recounting his several hundred trips with the hallucinogenic brew.

Shanon is perhaps most well known for his ‘Biblical entheogen hypothesis’. This is the idea that Moses, the founder and patriarch of the Jewish religion, was under the influence of a hallucinogenic drug during several key events that would define Judaism. His paper, Biblical Entheogens: a Speculative Hypothesis (which can be read here) draws on the similarities between the ayahuasca experience and important moments in Moses’ life.

Shanon also explains that two species of plant; the Acacia tree (which contains DMT) and the bush Peganum harmala (which contains the MAOI to make DMT orally active) were native to the Sinai peninsula and Southern Israel. Shanon argues that the people in that area had access to the same chemicals (DMT + MAOI) which are found in ayahuasca and that they had visionary experiences through combining and ingesting them.

Shanon maintains that there are five episodes in Moses’ life which strike him as indicative of a psychedelic experience. The first is Moses’ encounter with God, in the form of the burning bush. Shanon argues that Moses’ vision of the burning bush, and his interpretation of it as “the Divine”, was a sign that his consciousness was radically altered, most likely by an ayahuasca-like concoction. The second episode was when the rods belonging to Moses’ brother Aaron, and to the Pharaoh’s sorcerers, were transformed into serpents. The third episode was the famous moment at Mount Sinai when God handed down the Ten Commandments to Moses. The fourth episode is found in the book of Exodus when Moses asks to see God, but God covers Moses with his hand so that he can only see his back, not his face – as God says, “for there shall no man see Me and live.” The fifth episode is the shining appearance of Moses’ face when he brings back the Ten Commandments on his second return from Mount Sinai.

Shanon concludes that the subjective experiences of Moses – encountering “the Divine”, altered perception of time, synesthesia (‘seeing’ sounds or ‘hearing’ colours), visions of fire, serpents, light perceive as God, and entities whose faces aren’t visible – are all experiences common with the use of ayahuasca. He claims that the three-day “purification” before the Ten Commandments were received has its parallel in the preparation before an ayahuasca session. He also claims that ayahuasca users have a “shining” appearance after their psychedelic journey, just as Moses did. Shanon has the following to say:

Taken together, the botanical and anthropological data on the one hand, and the biblical descriptions as well as later Jewish hermeneutics on the other, are, I propose, suggestive of a biblical entheogenic connection. Admittedly, the smoking gun is not available to us. However, so many clues present themselves which, like the pieces of a jigsaw puzzle, seem to cohere into an intriguing unified whole. I leave it to the reader to pass his or her judgment.

While his hypothesis is no doubt interesting and seems to offer an explanation of the strange episodes in the Bible, I do not think that there is enough compelling evidence to support it. His hypothesis also makes many assumptions which are required if the hypothesis is to be taken seriously. The main assumption is that Moses actually existed. The only evidence for Moses’ existence is from the Bible itself, which unfortunately cannot be considered a reliable form of evidence due to its historical inaccuracies, inconsistencies and unrealistic claims. We don’t even know who wrote the Bible or when it was written. The Bible is essentially a collection of stories, allegories and testimonies which have been passed down through word of mouth and then written down by various, unknown authors. The story of Moses’ life, as described in the Bible, does not necessarily point to a real historical figure called ‘Moses’.

I would also say that Shanon is probably guilty of confirmation bias in formulating his hypothesis. He is guilty of it because he seems to select all the ‘evidence’ (if it can be called that) to support his hypothesis, but ignores all the evidence which contradicts it. There is no evidence that the people native to the Sinai peninsula or Southern Israel used hallucinogenic brews, even if the plants were available to make it. You would think that if their combination was discovered to produce visionary experiences that someone would have spread the word, or written about it.

In South American indigenous cultures there is an oral tradition surrounding ayahuasca use; in ancient Indian texts a specific visionary substance is mentioned (Soma in the Vedic texts), and in the ancient Aztec religion we find mentions of teonanactal (“flesh of the gods”), as well as statues and art depicting mushrooms. These are all pieces of evidence which point to the use of hallucinogenic substances; however, in Judaism, there is none of this evidence. Shanon’s hypothesis (which to be fair he admits is speculative) is fascinating, and perhaps may even be vindicated in the future. But I am still not convinced that Moses, or the ancient Jewish people for that matter, were using entheogenic substances such as DMT.

I think it is worth a mention that Shanon is not alone in believing that certain passages in the Bible are indicative of altered states of consciousness. Dr Eric Altschuler, a neuroscientist at the Unversity of California, said that the biblical figure Ezekiel showed all the classic signs of temporal lobe epilepsy. Epilepsy causes temporary changes in the electrical function of the brain, resulting in seizures which affect awareness, movement, or sensation. Altschuler asserts that if Ezekiel had this condition it could explain Ezekiel’s strange “visions” described in the Old Testament. Ezekiel also experienced frequent fainting spells and times when he was unable to speak, which are also signs of epilepsy. In addition, the book of Ezekiel is especially long when compared to the other books of the Bible; a fact which Altschuler says is a sign of hypergraphia (the desire to write compulsively which also afflicts many epileptics). Ezekiel was also extremely religious – hyper-religiosity being commonly associated with epileptics.

The problem with this line of reasoning is that, like with Shanon’s hypothesis, Altschuler’s ideas rely on the assumption that Ezekiel existed, and that the Bible is a reliable form of evidence. That said, it is entirely plausible that many of the episodes in the Bible are due to altered states of consciousness (with some authors claiming that the origin of all religions is visionary in nature), but just because this idea is attractive and persuasive, that does not mean it is true.

CRITICISM OF ISLAM IS NOT ‘ISLAMOPHOBIA’

Hi, welcome to my blog. Here I cover a range of subjects, including philosophy, ethics, psychology, mental health, psychedelics, and travel. This blog is intended to be a collection of interesting ideas and personal reflections.