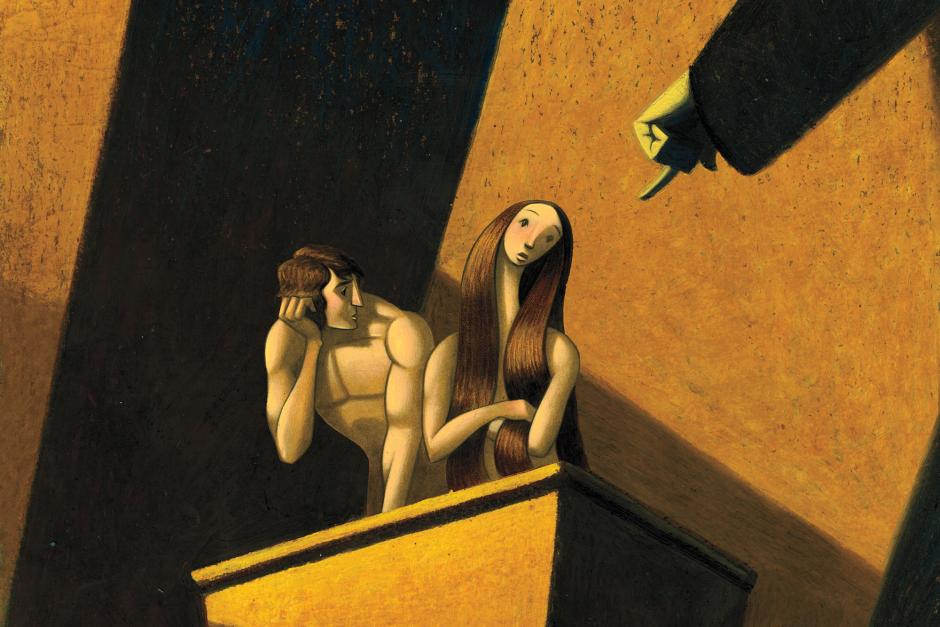 Céleste Perrino-Walker July/August 2014It’s not easy being British these days. Only a few years after narrowly avoiding compulsory ID cards, British citizens had a close call waiting to find out if their religious freedom would fall victim to the Fraud Act 2006. The veracity of seven religious beliefs was called into question by Tom Phillips, a disaffected ex-Mormon, who lodged a criminal complaint against the Church of Jesus Christ of Latter-Day Saints (LDS). A formal summons, signed January 31, 2014, by district judge Elizabeth Roscoe, ordered Thomas S. Monson, president of the LDS, to appear before the Westminster Magistrates’ Court in London on March 14 to defend some of the church’s doctrines.

In his private prosecution attempt (a rarely used legal procedure in England, whereby individuals who claim to have evidence of a crime can ask a magistrate to issue a summons for a court hearing), Phillips claimed that the LDS Church (and more particularly, Thomas Monson himself) could have committed fraud by persuading members of the church to pay tithe based on teachings that might not be true. Among the church’s many teachings, Phillips singled out seven:

Phillips said he chose his claims based on two criteria: (1) that they be factual statements that could be tested in court, and (2) that they be reasonably current (taught by the church post-Fraud Act 2006). What they are not, according to Phillips, is an attack on religious beliefs or doctrine. ‘These are matters that can be disproved in court,’ he said. ‘This has nothing to do with religion, theology, or doctrine.’”2 Setting aside, for a moment, that some of them most decidedly do have to do with religion, we fast-forward to March 14, the date when Thomas Monson was ordered to appear in British court to defend his denomination’s religious beliefs. Instead, the Westminster Magistrate District Court heard arguments about the legitimacy of the alleged fraud relating to the Mormon teachings. Monson was represented by legal counsel and not required to attend.

Judgment was swift, as legal cases go. The case was dismissed on March 20, 2014. Westminster Magistrates’ Court senior district judge Howard Riddle said in his written ruling: “To convict, a jury would need to be sure that the religious teachings of the Mormon Church are untrue or misleading. That proposition is at the heart of the case. No judge in a secular court in England and Wales would allow that issue to be put to a jury. It is nonjusticiable.”3

And yet . . . Tom Phillips has no intention of ceasing his pursuit of justice against the LDS Church. In a statement released following the judge’s ruling, Phillips expressed disappointment, but also hope, asserting that although the ruling was a setback, he and his supporters intended to remain steadfast. He said that he continues to believe that governments should “enact and enforce laws that protect victims of fraud and corporate malfeasance, regardless of the wealth, influence, or apparent religious motives of the perpetrator.”4

Make no mistake; this is clearly a shot across the bow. There may only be ripples now, but in time, with persistence, it could very well become a tsunami-sized wave, which is why this case is important, even though it had a happy ending—this time—for advocates of religious freedom.

When Monson was first summoned by the British magistrate to defend the church’s doctrines, most journalists, legal experts, and religious-freedom advocates reporting on the summons were disbelieving at best, mortified at worst. The incredulity was so thick you could have spread it on toast. How could religious beliefs be tried in a court of law? The very idea was absurd.

Turns out, the very idea might be the shot that sinks the ship.

“David Twede, a spokesperson for MormonThink.com, said, ‘One way of looking at things is that the Mormon Church dodged a bullet today. As soon as Tom and his legal advisors analyze the judge’s reasoning in detail, I’m sure they will reevaluate their position and announce a course of action adapted as circumstances warrant. It’s my understanding that they will continue to explore every possible avenue for redress, both in the United Kingdom and abroad.”5 Clearly, now that this issue has seen the light of day it will resurface, probably as soon as Phillips and his supporters have a chance to reassess their strengths and choose their ammunition more carefully. Let’s face it, if they are able to get a court to seriously consider and rule on even one claim of fraud, the dam would be breached, and every religious belief vulnerable. So the question is Are the claims Phillips made against the LDS religious or monetary in nature?

Are They or Aren’t They?

They are a little of both, really, and therein could lie the reason he missed the mark. Phillips says the charges are of monetary fraud rather than religious beliefs. But some of his claims against the LDS are clearly religious, so which is it? For example, most Protestant denominations (and even Catholics) could probably care less about the claim that the Book of Mormon was translated from ancient gold plates and is the most correct book on earth. They wouldn’t agree with the latter half of the statement, but it wouldn’t matter because they would summarily dismiss the claim out of hand. All denominations make claims that other denominations dispute; that’s why there are various denominations in the first place. However, Phillips’ claim that all the people of earth did not descend from only two people (Adam and Eve) is in direct opposition with every religious denomination that takes the Bible literally.

“Phillips challenges the biblical book of Genesis, alleging it is fraudulent to assert that ‘all humans alive today are descended from just two people (Adam and Eve) who lived approximately 6,000 years ago.’ In a supplemental filing, Phillips argued, ‘anthropology, history, and DNA studies prove this to be impossible.’”6 If a literal belief in Adam and Eve is fraudulent, which Bible-based belief is next? Pick one—there’s a whole book full of them. And once the court rules against the literal truth of Adam and Eve they will all be up for grabs. It follows that upon conviction every Bible-based denomination would be as guilty of fraud as LDS and could therefore be prosecuted. It’s a slippery slope.

England’s Fraud Act 2006, which Phillips attempted to use in his criminal complaint, contains some interesting language that could prove tricky to navigate in subsequent cases. The pertinent portion is found in section 2 and titled “Fraud by false representation.”7 It states that a person is guilty of fraud under this section if they dishonestly make false representation, or intend, by making the representation, to make a gain for himself or another, or to cause loss to another or to expose another to risk of loss” (2.1; italics supplied). Most churches receive “gain” in the form of tithes from members. If their members are giving those tithes because they believe, as a result of church teachings, that they must in order to procure some form of celestial favor, because it is their spiritual duty to do so, or because it is mandatory, as Phillips claims is the case with LDS who will not baptize you if you don’t agree to pay a full tithe,8 then churches can be accused of making false representation for gain if their teachings are proven to be untrue by legal standards.

In section 2.2, a representation is deemed to be false if “it is untrue or misleading, and the person making it knows that it is, or might be, untrue or misleading” (italics supplied). Those “or”s are scandalously open to interpretation. When charged, churches might find it possible to introduce enough uncertainty to prove their claims aren’t outright false, but proving that they aren’t misleading could be a great deal trickier. One commentator points out that the “or might be” phrase totally changes the burden of proof placed on the person accused of making a false representation. “The prosecutor doesn’t have to prove the claims are false; they simply have to show that there is enough evidence to demonstrate that they might be false. Think about that.

“Prior to this phrasing in this law, most people would never think to bring a fraud case against a religion because it could be argued that the leaders making the claims believed the claims to be true. Since belief is subjective, it cannot be a standard for conviction in a case of fraud. This law changes that whole landscape. Essentially, if the leader making the claim has been exposed to any information that could reasonably call into question the truthfulness of a claim, and they continued to make the claim as unequivocally true, then they may be committing fraud even if they believe the claim to be true themselves. The fact that they now know that there is reason to believe that it might not be true and yet still make the claim as true is a violation of the law.”9

As an example, consider Phillips’ claim that Adam and Eve were not the sole progenitors of the world’s population. If he provides scientific evidence claiming that it is biologically impossible according to scientific research, and that evidence is accepted by the court, the church’s representation of their belief could be deemed to be false. If any church leader has been exposed to this scientific research, even if he doesn’t believe it himself, he could be accused of committing fraud by continuing to promote that belief despite the existence of scientific evidence to the contrary. Now consider how many scientific “discoveries” there are that contradict religious beliefs and you will have some idea of the magnitude of the problem churches could potentially face.

So the chilling question is: Could it happen? Time will tell. Maybe next time, if Phillips has better aim or if he narrows his focus and chooses his claims more wisely, he will succeed where presently he has failed. The one thing we can know for sure is that we have probably not heard the last of this issue.