The ‘Ram in a Thicket’ 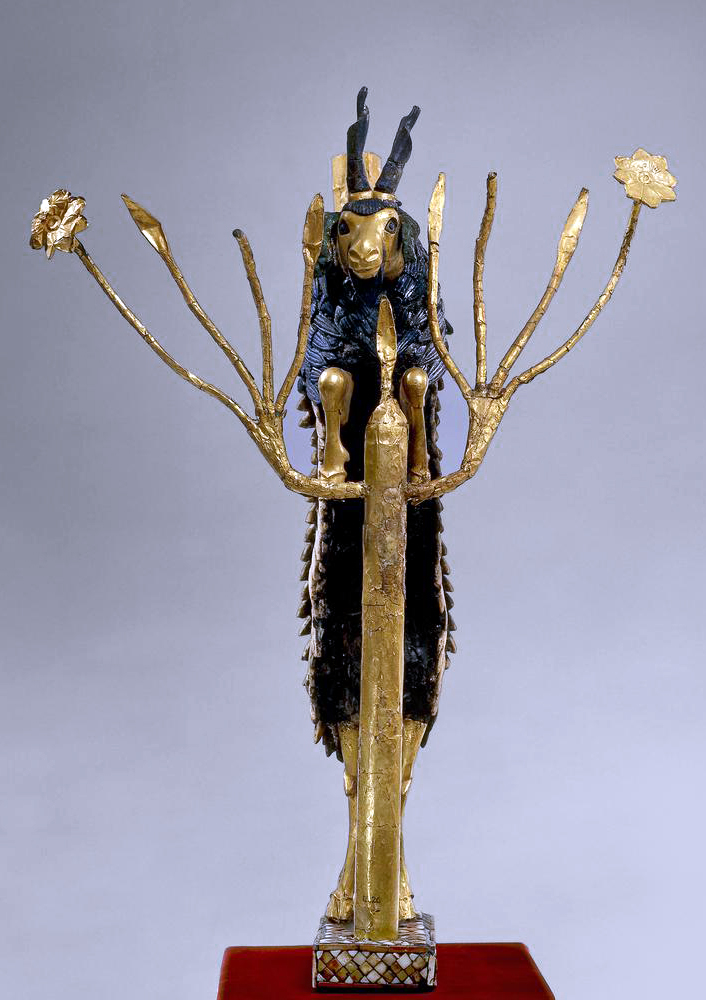 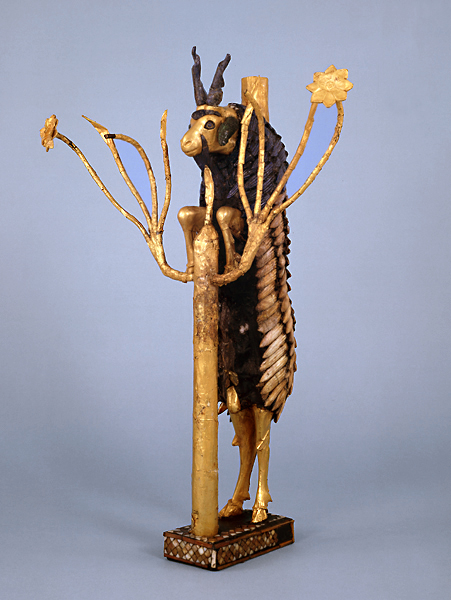 The figure had been crushed flat by the weight of the soil and the wooden core had perished. Wax was used to keep the pieces together as it was lifted from the ground, and it was then pressed back into shape. The ram’s head and legs are covered in gold leaf, its ears are copper (now green), its twisted horns and the fleece on its shoulders are of

, and its body fleece is made of shell. Its genitals are gold. The tree is covered in gold leaf, with golden flowers, the whole supported on a small rectangular base decorated with a mosaic of shell, red limestone, and lapis lazuli. The tube rising from the goat’s shoulders suggests it was used to support something, most likely a bowl.

© The Trustees of the British Museum

Want to join the conversation?

Log in
No posts yet.
Standard of Ur and other objects from the Royal Graves