You are here: Home / 5* INFO / General Jan Christian Smuts The Debunking of a Myth (Paperback)5*info
Skip to main content 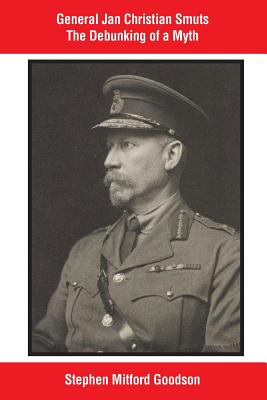 General Jan Christian Smuts The Debunking of a Myth (Paperback)

Not On Our Shelves—Ships in 1-5 Days(This book cannot be returned.)
General Jan Christian Smuts (1870-1950) was an heroic icon for many. But over the decades, he was regarded in another light. For Afrikaners of a previous generation, he was seen as a traitor, but in the modern age, he seems to have become “far-sighted”. This book by Stephen Goodson reveals a consistency in his actions and thinking which shows what purpose this far-sightedness served. Since the time when he studied at Cambridge University, he adopted a philosophy known as “Holism”, and a stance grounded on internationalism which served the interests of the international bankers (and in SA, the ‘Randlords’), as opposed to a national outlook, serving the people. He involved South Africa in three unnecessary wars. He introduced a central bank in SA (permitting privately owned banks to create the nation’s money supply as an interest bearing debt). A “New World Order” under a world government was seen as a logical outcome of his Holistic view. He was infatuated with Zionism. He is credited with doing much of Winston Churchill’s thinking for him. Born in the British Cape Colony, he studied law in Britain. The book covers his early years and indoctrination, his involvement with Paul Kr ger and the Anglo-Boer War 1899-1902 and his relationship with people like Strakosch, who paid Winston Churchill’s gambling debts, and who left Smuts a bequest in his 1943 Will. Also discussed are his friendship with US President Woodrow Wilson; his presence at Versailles; his part in the League of Nations; and the 1914 Rebellion in SA. He also played a part in Britain’s Imperial War Cabinet in 1917, and helped fashion the British Commonwealth. Some little known aspects of Versailles and WWI and WW2, as well as the Ossewa-Brandwag, are revealed. Smuts’s role in the Balfour Declaration and his close friendship with Chaim Weizmann resulted in a kibbutz and streets in Israel being named after him. He was Prime Minister of South Africa from 1939 to 1948, when according to some analysts, the votes of the returning SA soldiers from the front had turned against him, resulting in his party’s defeat, and the National Party (much to their surprise) became SA’s new government.