Winston Churchill has been built into such an icon that any critical examination of his character and role invites the wrath of the upper sections of British society and their supporters.

Churchill’s dubious financial dealings were partly responsible for WWII because his financial benefactors were rich Zionist Jews who wanted war with Germany.

Churchill always had a weakness for money and high living. This was an inherited trait. His father Randolph Churchill was a spoiled playboy who died of syphilis at age 46. His “debts to Lord Nathaniel Rothschild could be calculated in millions of pounds in today’s money.” Even as a child, Winston had a hunger for money. Author David Lough pointed out that Winston’s mother used to say that in matters of money, he was like a sieve. When he was 14, his mother opened an account for him and told him in writing: “The only thing you must avoid on all accounts is not to overdraw money due to you.” She underlined the word “not” but Churchill ignored her advice. The young Churchill wrote to his mother from Peshawar, “The only thing that worries me in life is money”.

After the discovery of gold in Transvaal, South Africa, war was imposed upon the Boer community by a small clique in the British oligarchy, involving Nathaniel Rothschild. Rothschild wanted to get hold of this gold at all costs!

Since the 400,000-strong British army could not defeat the 40,000 Boers, their farms were burnt and their women and children were rounded up and put in “camps” in which children died “like flies.” The war lasted three years! Churchill was arrested by the Boers in 1899. To secure his release, he promised the Boers: “If I am released, I will give any parole that I may be required not to serve against the Republican forces.”

In the year 1923, Churchill’s financial improprieties were exposed in court and he was seriously embarrassed.

On December 12, the Boer commander-in-chief released him, soon after Churchill was never again seen in the camp. By making up the story of his escape for the Morning Post, Churchill netted around 10,000 pounds (equivalent to one million pounds in today’s money)!

In the year 1923, Churchill’s financial improprieties were exposed in court and he was seriously embarrassed. The court was informed that Sir Ernest Cassel had given Churchill 40,000 pounds. Cassel was a Jewish banker of German origin and the maternal grandfather of Edwina Mountbatten. Churchill admitted that Cassel had offered to furnish the library of his house. Because his indebtedness to Cassel had become known, Churchill was hectored in 1922 elections by groups of Socialists chanting, “What about the 50,000 quid Cassel gave you?” Churchill lost the election! After that, “he engaged in dubious lobbying on behalf of oil companies.” As Chancellor of Exchequer, he avoided paying taxes by exploiting legal loopholes.

In 1936, a group called Focus was established after 16 individuals met at Savoy Hotel in London. According to David Irving, “The Focus, that would ensure Churchill’s political and financial survival.” It has been pointed out by the American author Benton Bradberry that the Focus was composed of “wealthy British Jews” like Sir Walter Mond, owner of several chemical firms, and Sir Robert Cohen MD of Shell Oil. Based on information supplied in Sir Robert Cohen’s biography, American writer Deanna Spingola pointed out that Churchill received a sum of 50,000 pounds from Sir Cohen. This translates to three million pounds in 2015! As a result of this generous bribe, Churchill adopted an anti-Hitler stance. He stated in 1936, “We will force Hitler to war whether he wants it or not.” To quote Bradberry:

“Jewish money, primarily through `The Focus’, paid for Churchill’s lavish lifestyle, got him into the British cabinet, and eventually made him Prime Minister.

From his position as a Member of Parliament and subsequently, a member of the cabinet, Churchill, doing the bidding of The Focus, began loudly and belligerently berating Nazi Germany and … He began to clamour for war.”

Eugen Spier, one of the organisers of the Focus, sought Churchill’s permission to publish the Focus story. Irving wrote: “Churchill pleaded with him not to publish it during his lifetime.” When the Germans overran Czechoslovakia, they discovered documents revealing that the Czech government was paying 2000 pounds per annum to Focus members at the time of the Munich agreement.

A Jewish banker of Czechoslovak origin named Henry Strakosch bailed out Churchill on at least three occasions. Firstly, in the year 1938, the falling prices of stocks in the NYSE landed Churchill in dire straits. He had to pay taxes and debts totalling 18,000 pounds. He considered selling his house but even that would not garner enough money. Strakosch paid the amount and never told anyone. Churchill then gave a letter to his literary agent Brendan Bracken for Strakosch stating, “I shall never forget this inestimable service.” 18,000 pounds in 1938 would equal 1.08 million pounds in 2015!

When Churchill assumed charge as Prime Minister on May 10, 1940, he could not pay his household bills and taxes. On that date, Germany had invaded Holland, Belgium and Luxembourg. Within a week Churchill was informed by the French Prime Minister that not only had France lost, but the British army had also been encircled by the Germans. Churchill then sent Brendan Bracken to Strakosch for help. Strakosch signed a cheque of 5000 pounds in the name of Brendan Bracken, who simply endorsed it to Churchill. The amount of 5,000 pounds in 1940 is the equivalent of 250,000 pounds in 2015. When Strakosch died in 1943 he bequeathed another 20,000 pounds (equal to 800,000 pounds in 2015) to Churchill. Churchill was indebted to rich Zionist Jews and carried out their agenda by forcing war on Germany even though WWII led to the dismemberment of the British Empire!

The writer is former Vice-Chancellor (University of Punjab). Parts of the article have been excerpted from his forthcoming book “Pawns of the Bankers in WWII: Churchill, Hitler, Roosevelt, Stalin.”

She Had No Clue Why The Crowd Started Cheering HerVitaminews|

These Twins Were Named “Most Beautiful In The World,” Wait Until You See Them TodayHealthyGem|

Shehbaz has done in two weeks what Imran could not even think of in 4 years: MarriyumDaily Times 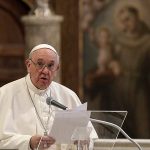 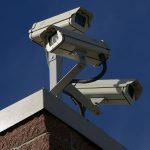 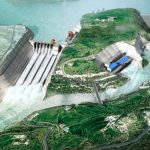 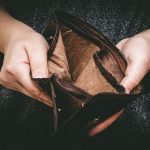 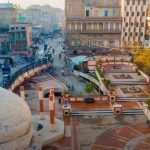 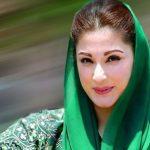 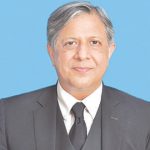 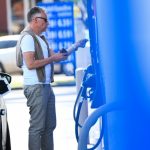 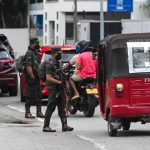 She Had No Clue Why The Crowd Started Cheering HerVitaminews|