The management of private investments was the foundation upon which Rothschild banking was built. Since the formation of the first partnership, the Rothschild banking houses managed the assets of, and provided credit to, a small and distinguished clientele, which included Royalty, politicians and noted persons of the day.

At the age of 20, Mayer Amschel Rothschild (1744-1812) established a business as a dealer in coins and bills, in the Judengasse, in Frankfurt. He won the patronage of the immensely wealthy Crown Prince Wilhelm I of Hesse (1743-1821), who had also earlier patronised his father. His coin business grew to include a number of princely patrons, and then expanded through the provision of financial services. In 1769, Mayer Amschel gained the title of ‘Court Agent’, managing the finances of Wilhelm I who became Wilhelm IX, Landgrave of Hesse-Kassel on the death of his father in 1785. In 1806, Napoleon invaded Hesse in response to Wilhelm IX’s support for Prussia. On the advance of Napoleon’s army, Wilhelm IX was forced to go into exile in the Duchy of Holstein. The dilemma of how to conceal his coffers from the occupying forces was solved by Carl Friedrich Buderus (1759-1819), his financial adviser, who recommended that all his stock be confided to the House of Rothschild because they were best placed to protect his funds, and he thus entrusted part of his vast fortune to Mayer Amschel Rothschild for safekeeping. Mayer turned to his son, Nathan, in London. Nathan invested £550,000 of Wilhem IX’s funds in British government securities and bullion. These investments proved extremely lucrative and, by the time Wilhem IX returned from exile, had accrued considerable interest. The investments proved extremely lucrative,and the Rothschilds’ reputation for trustworthiness and astute financial management was firmly established.

The father of Winston Churchill was an intimate of the Rothschild family. He formed a close association with Nathaniel, 1st Lord Rothschild, on whose behalf he reported on the development of the mining industry in South Africa. Churchill was a frequent guest at Rothschild houses. The Rothschilds made extensive loans to Churchill.

Benjamin Disraeli became a friend of the Rothschilds in 1840s through his political views and also his place in society as a writer. He formed a deep and lasting friendship with Baron Lionel de Rothschild (1808-1879), supporting and encouraging him when he fought for admission to the House of Commons in 1840s and 1850s, and became a close friend of the family, present at all of the Rothschild weddings and funerals. Disraeli purchased Hughenden Manor, one mile north of High Wycombe, in 1848 and in his will, stated that Nathaniel, 1st Lord Rothschild (1840-1915) and Leopold de Rothschild (1845-1917) were to be Trustees of the Estate.

Acknowledged his contacts with the Rothschild family in his autobiography, My Past and Thoughts, but failed to indicate the extent of his investments made on the advice of James de Rothschild. Recent research reveals that he bought substantial property in France as well as investing heavily in American stock.

Nathan Mayer Rothschild (1777-1836), founder of the London house, collected portraits of heads of states for which he was financial agent. A portrait of Andrew Jackson by R E W Earle,(which now hangs in the bank in New Court), was a gift to Nathan Rothschild in 1836 and arrived at New Court just eight days before Nathan died in Frankfurt. From 1834 to 1843, N M Rothschild acted as Banker to the US Government in Europe.

Lancashire-born William Lavino spent many years in France, developing an unrivalled understanding of that country that was to be put to the service of Great Britain. Having begun his working life in commerce, he took up journalism in 1874 becoming Paris correspondent of the Daily Telegraph and then moving to Vienna in 1878. On the recommendation of Lord Rosebery, husband of Hannah de Rothschild, Lavino joined The Times in 1892 which he represented first in Vienna and then, from 1903, in Paris. Lavino relied on the Rothschild banks manage his portfolio and to arrange credit facilities for him as he travelled around Europe.

A frequent guest at Alfred de Rothschild’s house parties at Halton, where she shared a table with, among others, Winston Churchill, Nellie Melba was first Australian to achieve international recognition as a soprano. Biographers of the diva have suggested that her income from investments made on the advice of her friend, Alfred de Rothschild, “eventually made the money she earned from singing a comparatively minor matter.”

Metternich was a recipient of personal and national financial advice and support from the Rothschild family. In 1827 the Rothschilds arranged a substantial private loan to him of 500,000 gulden to help him purchase the estate at Plass. In the 1830s Metternich dined regularly with Salomon von Rothschild at his Hotel zum Römischen Kaiser, where he admired the services of the French chef. Evelina de Rothschild met the Metternichs during her honeymoon stay at Schillersdorf in 1865. Prince Metternich was accustomed to rely on the Rothschild courier network to ensure safe and secure delivery of his mail.

Moses Montefiore was a brother-in-law by marriage to Nathan Rothschild. A revered figure in the Jewish community in Great Britain, he challenged the causes of oppressed Jewries abroad. He made numerous journeys to the Middle East over the Damascus Blood Libel (1840), to Rome over the Mortara affair (the abduction of a Jewish child by Catholic conversionists, 1859), to Russia (1846 and 1872), to Constantinople and Morocco (1863–4), and seven times to the Holy Land (1827, 1838, 1849, 1855, 1857, 1866, and 1875), each time supported morally and financially by the Rothschilds.

A friend of the Rothschilds, Patti – whom Verdi declared to be the finest singer he ever heard – was also assisted financially by the family, including the provision of a loan of 4,000 Fr by the Paris house during a tour of Argentina in 1889.

The King of the French from 1830 to 1848 as the leader of the Orléanist party was an esteemed Rothschild client. Services from the Rothschilds include the provision of a specially-designed carriage on the Rothschilds’ railway, the Chemin de fer du Nord. The Rothschilds remained loyal to the Orleans family after the 1848 revolution which removed Louis Philippe from the throne.

Queen Victoria and her family

Queen Victoria and her family relied on the many services provided by the Rothschilds for their clients, the monarch herself appreciating in particular their discretion. These services encompassed the provision of chocolate for her mother’s breakfast, a courier service, which she recommended to her uncle Leopold, King of the Belgians, as “perfectly safe and very quick”, loans to her husband Albert, for the construction of Balmoral Castle, and a watchful eye over the finances of her son, the future Edward VII.

Rhodes visited London in July 1887 and secured the backing of Nathaniel, 1st Lord Rothschild for De Beers in its bid for the French Diamond Company. Support for Rhodes had been encouraged by Randolph Churchill who had been acting as consultant to Rothschilds, assessing the prospects of gold and diamond mining in South Africa. Lord Rothschild later disagreed with Rhodes and his policies, although he was an executor of Rhodes’s will and was instrumental in creating the Rhodes Scholarships from the estate.

The financial arrangements for the 1838 tour of England of Johann Strauss senior were taken care of by Lionel de Rothschild.

The Rothschild brothers rose to prominence in European finance thanks in large part to their skill in providing funds to the Duke of Wellington on campaign against Napoleon, culminating in the Battle of Waterloo in 1815. The links between the families continued, not least because Nathan’s son, Lionel de Rothschild, acquired as a London home the neighbouring property to the Duke’s Apsley House, Piccadilly. 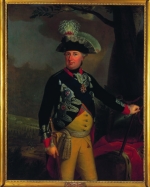